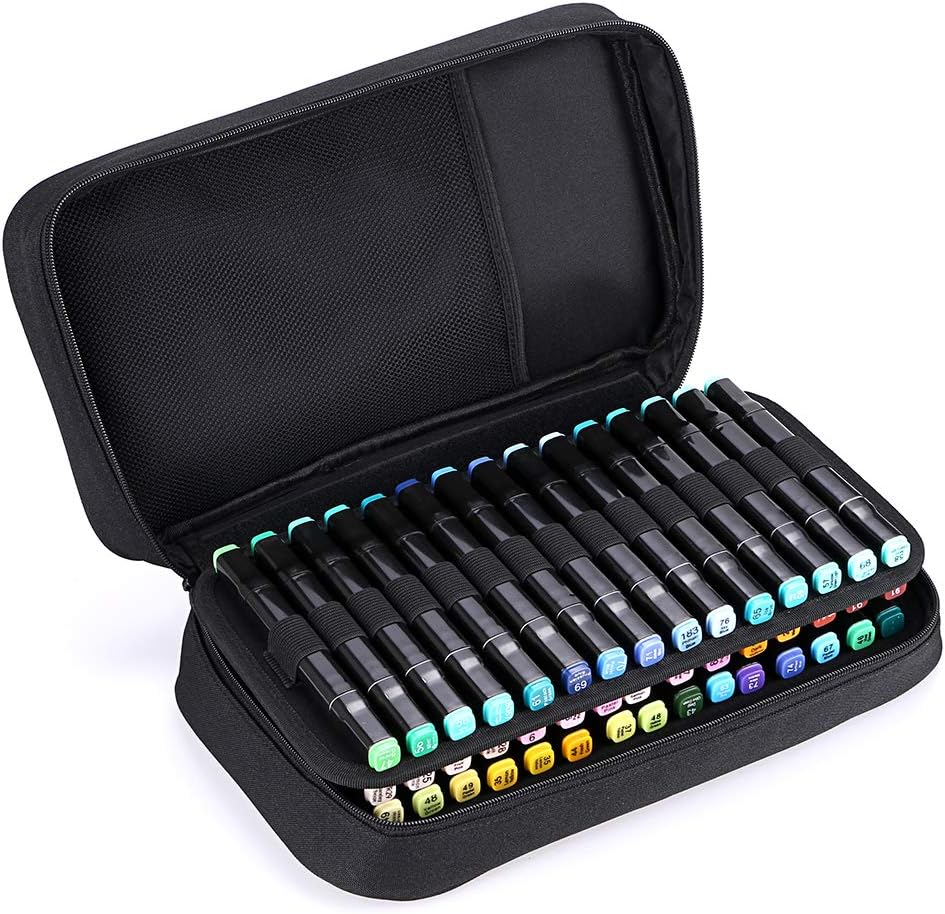 BTSKY 60 Slots Marker Case is perfect storage for your copic markers, Prismacolor marker, Touch Marker, Sharpie Markers and so on. Keep your marker pens organized and easy to access, handle on the top will help easy travel.

This marker case will hold your favorite markers in one place, no more dunmping pens, make life a lot easier.

Double sleeve design helps group colors easily, each sleeve can hold 15 pcs marker pens, you can customize the case yourself.

Handy Case: The handle is very handy for travel, easy for easy carry, you can just carry it.

You can own this marker case for years since it is really durable, it is made of premium quality oxford and stick closure to offer a great protection to your precious collection.

Elastic Slots: There are 60 different slots, each marker has its own place in this case, elastic straps will hold markers securely and prevent them from falling out.